This is my extremely-well-thought-out, extensively-considered, non-satirical response to this Mediumrare post by Sady Doyle,[1] which is entitled “Age of Robots: How Marvel is Killing the Popcorn Movie”.

[1] I don’t mean to imply that you should recognize the name (nor that you shouldn’t; I don’t know). She does appear to be very Google-able, but that might be because of the somewhat-unusual first name.

This is the part where I say something overly-sensational to get readers thinking they’ve stumbled upon something radical.

I think Sady didn’t enjoy the Avengers: Age of Ultron movie. Although online blogging/publishing/Mediuming has an admittedly-low barrier to entry, one still has to guess Sady has more reason and motivation to write up her argument than merely having not enjoying the movie herself.

How Marvel Is Killing the Popcorn Movie #

… the fact that there will never be any more decent Marvel movies. In fact, there can’t be.

Since Marvel objectively screwed up Age of Ultron (to the extent its genre is labelled as having been murdered), people must be hugely disappointed! Like, probably resulting in enough rotten tomatoes to justify nationwide distribution of free nose plugs.[2][3]

[2] this article is not sponsored by Vicks VapoRub.

[3] Alaska and Hawaii excluded. Do you even have movies there? 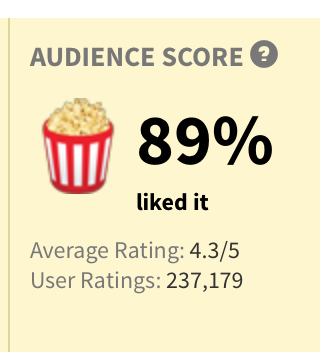 They like it? How outrageous — this is what society has come to.

It’s very clear that moviegoers need to closely study what Sady has to say in order to save themselves from their own misjudgment. 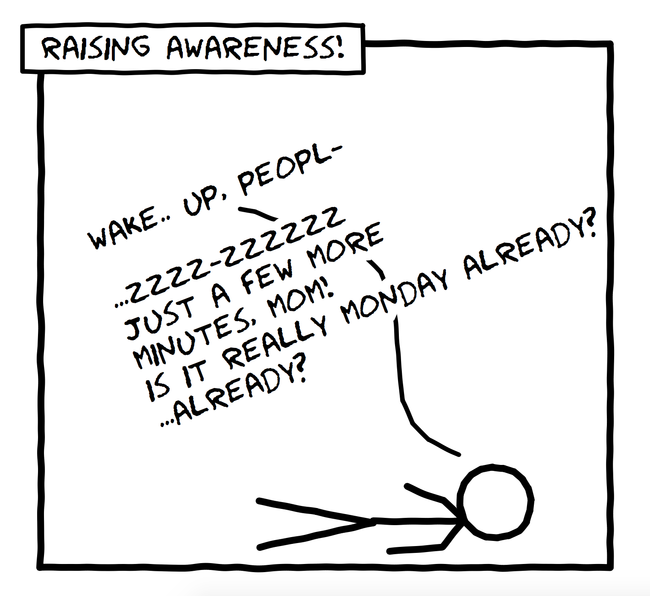 Some of what I have to say is going to read as genre snobbery.

[4] what do you mean I misread the word?

So let me get this out of the way: I fucking love stupid popcorn movies.

See, what makes this statement powerful and relevant is the use of the word fucking.

It gives the statement genuineness and increases Sady’s credibility and authority by a huge magnitude.

Voilà; you can now proceed with your human-asset trade (and you can have your KKK badge back, whatever that stands for).

They can be about superheroes, dinosaurs, aliens, a bus that can’t slow down [oh, Sady: no love for transforming vehicle-robots?]; I’m not picky.

Movies are unparalleled in their ability to portray scale. If you have a giant screen, huge speakers capable of blasting everyone with earth-shattering… 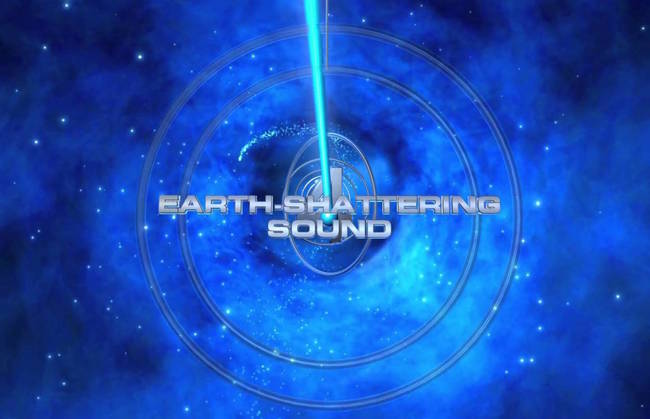 Getting back to her comments on Marvel and the movie:

Marvel has been racist and Marvel has been sexist, but Marvel’s most profound failing is that it just plain doesn’t care about people. Age of Ultron is the clearest demonstration yet of the problem. And you should care about this problem. Because it’s getting worse, and because you can’t get away.

I guess we won’t be talking about Marvel being racist and sexist, but rather about Marvel not “caring about people.” I certainly hope Sady will help us see how that’s more substantiated than claiming that “Marvel is a pedophile deep inside.”

In fact, I know [Whedon] can make a good popcorn movie about the Avengers: That first movie is a stone-cold classic.

“Look, I’m not saying it’s all shit; in fact, I loved that one way back when.”

Sorry, let me try that again: “I fucking loved that one way back when — it was a CLASSIC.”

Sady: listing what you think about other movies and things/people surrounding Age of Ultron does not contribute to substantiating your claim about Marvel’s lack of caring about people and how Age of Ultron illustrates that.

If you’ve watched someone throw a ball fifty times, and then, the fifty-first time, he just drops the ball at his feet and stands there motionless, you don’t assume that he can’t throw

Who proposed that we make such an assumption? How does that represent a counterpoint? I fear there’s a false dichotomy coming…

… you assume something is wrong

NOOOOO, would you? You sure? Maybe he, uh, wanted the ball to drop at his feet and stand motionless. 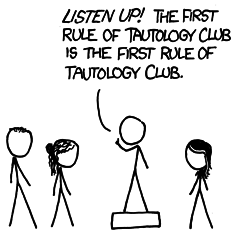 To ensure we’re staying on track here: she’s now attempted to draw a subtle analogy between making movies and shooting balls. Fine, but given that she hasn’t yet provided any reasonable argument why Age of Ultron was objectively bad (fell on [someone]‘s feet and stood there motionless), this is arguably irrelevant and begs to be pruned out as mere noise.

But, we’ll keep it in mind just in case she organized the post’s ideas in reverse order.

Therefore, I’m disinclined to blame the badness of Age of Ultron on Joss Whedon

Of course you are. Blaming Marvel — a faceless, abstract entity — is so much more attractive a premise for people who are seeking to bitch.

Who knows what that bright red logo and comic-book-flashing intro animation is planning behind the scenes.

that Marvel, not knowing or caring how good movies work

I agree — we should just give The Avengers to the guys who made the first movie.

What was their name? Ravel? Miracle? Rival? Meravel? Something like that.

Maybe we’re finally getting something concrete:

When you look at the formal requirements imposed on Whedon’s script by Marvel […]. To name just a few of those requirements: #

Brought to you by MovieProductionConspiracyLeaks from sources who wish to remain anonymous.

leaked (and, conveniently, closed-captioned) footage of Marvel in its true form, seen coercing Whedon to make Age of Ultron suck

This is standard Marvel strategy — they go by the premise that all it takes to gratify their base is dropping a name that’s familiar from the comics, and so far, it’s paid off

Are you being serious, Sady? Marvel’s base for movies is their comic-book readers?

Looking at comics sales figures and statistics, it’s overly generous to presume a US population of 600k people who read comic books (not any one series specifically — total). That’s about 0.78% of 76 million.

The above numbers are all domestic — US-only. The global numbers amplify the ludicrousness of the notion Marvel is trying to appeal to comic book fans.

2. No matter what, Marvel’s structure mandates at least one fight scene every 20 minutes, and most of the time, those characters aren’t having in-depth discussions while they fight #

That is totally unlike what “stupid popcorn movies” have evolved to be as a genre.

Disregarding the part about theft being central to the plot (plenty of Marvel movies that aren’t about retrieving stolen objects), it sounds like Sady has jawdroppingly managed to describe what a conflict in a narrative is.

Did you really see the first Avengers that you claim to enjoy so much, Sady?

5. […] ads for other Marvel products […] Captain America gets a flashback that doesn’t relate to the plot, but does remind you that he used to date Peggy Carter, who you can catch every week on ABC’s own Agent Carter #

On the topic of conveniently-simple behavior patterns: look for people around you saying they’re thirsty and proceeding to grab some water. It’s what serial killers do before murdering their next victim.

No, Tony’s decision to create Ultron wasn’t at all the problem. Even if you don’t believe Ultron was designed with the goal of getting rid of the Avengers (in which case blaming Tony is kind of childish), we know that Tony was “manipulated” which was what triggered his fear and further reactions.

No; it was the mere fact there was no hidden manipulation/scheme occurring.

But even if it were as petty-sounding a contrast as you try to make it be, it sounds like a fine strategy to me.

“Did you have another plan?” — did you, Sady? Marvel appreciates your snobby input on the amount of moral value (as you define it) built into their superhero storylines.

[…] is the extent to which it honors the humanity of its audience […]. So when Age of Ultron doesn’t invest — when it goes by the assumption that the formula, and the formula alone, is enough to appease the popcorn-eaters — it says something pretty bad.

“YOU MUST DISLIKE THIS MOVIE AND CONCLUDE MARVEL IS EVIL; I KNOW BETTER!”

But when the character-based screenwriting breaks down, so does the feminism. Black Widow is just as ill-served as every other character in that story, but because she’s a woman, it’s politically offensive as well as aesthetically offensive.

Take a moment to digest that: Black Widow (allegedly) was neglected the character arc just like everyone else in the Age of Ultron (allegedly) was. But because she’s female, that’s political. 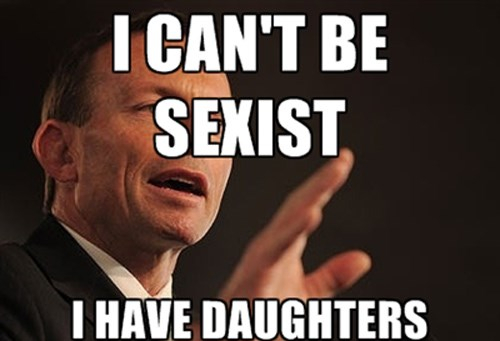 What? It was taken away from her.

You know, Sady, what you said would be marginally less stupid if Natasha was sad because, say, she didn’t have testicles — but… she was sterilized as a young woman! What, do you think it’s not feminist to be sad about that?

the thing I think is at the core of Marvel’s contempt for people: Punching is better than talking

Ignoring the part about the evilness of red-logo Marvel: yes. Punching (in the general sense) is better than talking if you’re trying to portray action.[5]

[5] Jack Nicholson avoided dropping punny one-liners in The Shining for a reason.

Now, it’s a bad idea to rely on punching for interactions in real life, but you’d certainly agree, Sady, that audience members have the mental capacity to separate what they enjoy seeing portrayed from what they might choose to do.

Marvel Comics has built the army of machines that might really end the world.

… an army that will be intimidating people into being escorted (under threat) to IMAX theaters, where they proceed to pay $12, buy popcorn and a drink, and pretend (of course) for a couple of hours to be engaged in and excited by the shallow, mindless fictional tale of a stimulating and entertaining battle.

Sady, I’m afraid that what you wrote suggests exactly one thing: you’re seeking attention and self-fulfillment through sensationalism.

You talk about Marvel, not about the inevitable set of concrete components and people that “make up” Marvel.

You claim to enjoy “silly popcorn movies,” but then proceed to demonstrate a personal dislike for experiences that thrive on action-reliant stimulation instead of character development (it is, in fact, a zero-sum game between the two, despite what you claim — more of one means less of the other).

People usually eat chocolate not to improve themselves, but to enjoy it. It’s virtually inconsequential outside that experience. It just tastes good — it makes people feel better. The entertainment value held by movies like The Avengers is not too different.

Sady’s promoting a lazy and uninteresting view of the world. A world where change is made by abstract entities (like “Marvel” or “society” or “the government”). A world where there’s the clear dichotomy: the persecuted people vs. the tyrant “corporation”.

Sady communicates at least one of two things: 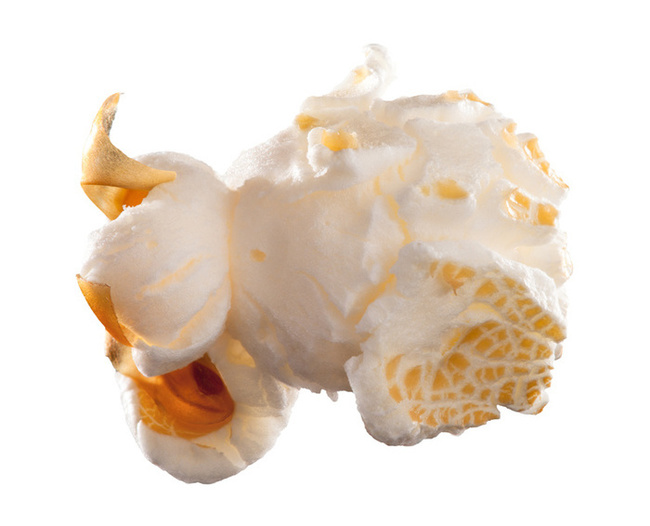 There must should be a better way. # Arbitrariness in design has been stressing me. It is so difficult to ignore how much of it there is, especially when you observe people with less patience and some impairments (vision, motor accuracy,... Continue →