With Apple Music, Apple is said to plan on sharing 71.5% of revenue with music owners in the U.S. (and a bit more internationally).

In most cases on iTunes, just over 70% of the purchase revenue goes to the music owner.

Sounds pretty damn close to me.

One iTunes user spends, on average, $12/year on music. This was estimated in 2013 — given that sales per account have been trending downwards, it’s safe to assume the $12 figure as being plenty close to the real average. That translates to ~$1/month.

In the U.S., Apple Music is $9.99/month. It’s different in other countries, but let’s ignore exchange rates (the ratios would cancel out) and use that figure: $10/month.

(If you end up believing that 1 cent makes any difference in the conclusion, ask for it later).

Some will now feel the urge to argue something like:

But Apple Music has a family plan that works out to be much cheaper per person!

Yeah, but iTunes has Family Sharing (which is, by the way, what the Apple Music family plan builds on). Family members can share iTunes purchases at no extra charge.

So not only is that a bad argument trying to reason that Apple Music’s revenue is lower, it actually supports the exact opposite argument (since Apple Music’s sharing is not free, unlike iTunes’).

So, where’s the screwing? #

Indeed, if one were to trust the numbers we’ve gotten so far, it seems like the music owners would receive 10x the revenue from an average customer with Apple Music than they do with iTunes.

So why did, say, Taylor Swift (or whoever does the licensing decisions for her or her label) reportedly refuse to have 1989 on Apple Music at launch? 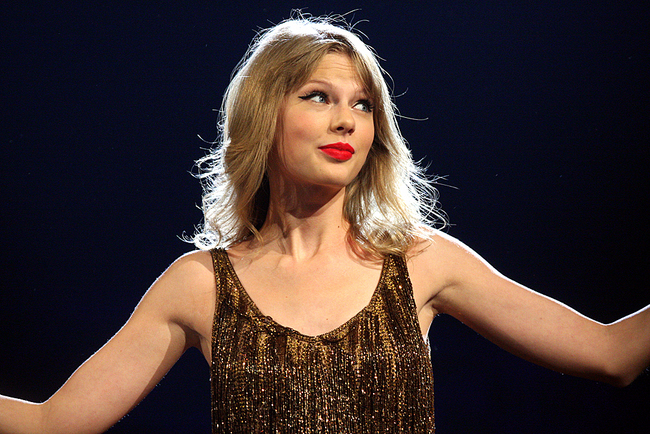 Above: a visual aid to enhance your reading experience.

The only explanation one could think of is that since 1989 is a somewhat-recent album, she (or whoever) believes that there’s more money to be made with “traditional” non-streaming sales.

While that’s possible, it’s highly unlikely. That would require that her fans buy her stuff but listen to them at a rate that’s less than 1/10 of the average listening rate. Otherwise, she’d make the same amount of money — or more. [ 1 ]

Possible, but difficult to imagine.

Given the simple analysis above, it’s pretty easy to see that the assertion that artists are getting screwed by Apple Music’s compensation is likely just way, way wrong.

That said, it’s confusing (to me) when Taylor Swift does something that is the complete antidote of what makes sense in this model. I’d think she (or her label, or whoever) understands this pretty well.

Now, it could be that this is simply a false story (I don’t understand why official representatives would share that info with BuzzFeed) and 1989 will be on Apple Music at launch. We’ll see soon enough.

Maybe I missed something or made a mistake somewhere? Please do let me know if that’s the case.

For the curious, economically, this works not too dissimilarly from how insurance works: distribute costs evenly among the pool of consumers, thus normalizing individual contributions to the revenue.

In this case, it’s that plus a cushion of 10x, which would easily swallow the micro-side-effects one might point out (increase in average diversity of musical taste, etc.)

This isn’t saying anything about how labels compensate the artists — it is a completely irrelevant, orthogonal discussion that is largely unaffected by how the customers pay for the music.

#0: Interaction design targets a baseline audience. # Designers should understand the set of baseline skills and knowledge their target users are expected to have. The interface should be constructed accordingly. Designing an interface... Continue →